Why You Should Use a UPS 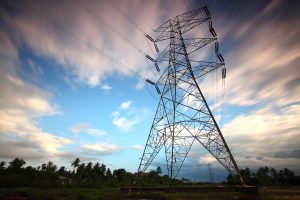 It goes without saying that power interruptions can be very distressing. But fortunately, this doesn’t have to be the case. With just a UPS (Uninterruptible Power Supply), you can save the operations of your business.

A UPS helps to safeguard against various power issues. It primarily protects against power surges, spikes, brownouts and noise. Every single one of these problems presents a unique challenge to your computer systems, and, if they are are not effectively dealt with, they can have catastrophic effects. With that being said, how does a UPS safeguard your computer systems? Rack cooling helps with overheating but when it comes to power, a UPS is what you need.

When it comes to power problems, blackouts are some of the most widely known issues. Blackouts usually happen when the system suffers a total crash of the power grid because of an imbalance between power generation and consumption. At times, it can be a full-scale blackout, while at other times the shutdown can be limited to a specific area to prevent a complete blackout.

Though brownouts are some of the lesser-known power problems, they still rank as some of the most destructive power problems. While blackouts are a complete loss of voltage, a brownout refers to a voltage drop, meaning that power will still be available, though it will be less of it. Brownouts can last from some minutes to some hours. Though a brownout doesn’t sound as serious, it has the potential to damage your electronic devices in a matter of minutes.

Noise is usually the result of interference between generators and lightning. Though it might seem not as serious, noise can lead to malfunctions throughout your computer operating systems. This power problem, though lesser-known, is capable of corrupting files.

A spike is a sudden increase in voltage. Spikes are often short-lived flare-ups in electric current that are caused by lightning. Spikes can also be caused by the restoration of power following a blackout. Once power is restored, the current usually takes some time before it stabilises. In the unfortunate event that electronics are plugged in when there is a spike, they can be severely affected.

A power surge is the equivalent and reverse of a brownout. While a brownout is a drop in voltage, a power surge is a rise in voltage. Same as with brownouts, power surges are short-lived, but, they can still lead to serious damage, particularly to big appliances such as air conditioners and refrigerators.

A report was released by the Department of Energy revealing the cost of power outages over the past 15 years. The report also indicates the number of customers that were affected. For instance, in 2014, Illinois experienced severe thunderstorms that led to a two-day outage. More than 420,000 customers were affected in just those two days. And over 715,000 customers were affected in less than one day in Pennsylvania due to extreme weather (snow and ice) that caused power problems. Your business could be any of these customers that were affected. If this happened, would you have the tools to safeguard your computer systems and data?

A Standby UPS safeguards against power surges and power outages. It will be constantly checking the voltage-current to detect any inconsistencies. If a surge or outage is detected, it switches to battery power immediately. This way, your computer systems will be able to continue running without any power interruptions. This type of UPS is ideal for businesses with one computer hub as it cannot support multiple computer hubs simultaneously. The price of Standby UPS ranges between $200-$500.

A Line Interactive UPS is best suited to safeguard your computers and data against long-term problems. This type of UPS is aimed at constantly stabilising the voltage-current that provides power to your business. This is achieved through a regulator that increases or lowers the incoming voltage automatically, without the need to switch to battery power, which helps to extend the life of the battery. Line Interactive UPS normally cost between $500-$1,200.

tyre shops near me